Thank you! Your submission has been received!
Oops! Something went wrong while submitting the form.

Making A Whiteboard Animation Is No Less Than Making A Film

You must have seen many movies that can deliver a message through them; these movies are made using a proper process of production, which involves various stages of production. The whiteboard animation is not very different from these films. The whiteboard animations can deliver a message in a very entertaining and an effective way.

The animations don’t involve complicated dialogues and scenes which may act as a communication barrier.Instead, these animations involve pictures with illustrations that can stretch out to the audience very easily.

Basic Elements That Can Make The Animation More Effective

Few elements, if involved in the whiteboard animation video, can satisfy the audience even better.

. Voice over: In a whiteboard animation, voice over plays a very important role in delivering the chronicle of the story. The voiceover should be very accurate and to the point to connect the video of the story.

· Fitting Soundtrack: The soundtrack that is added to the background should not be a random soundtrack. The soundtrack is supposed to connect with the video of whiteboard drawings and should go hand in hand for the effective delivery of the idea to the audience.

Tips To Count In The Audience To Your Video

Counting in the audience to your creation is very important to fulfill the purpose of your animation. You can do this in the following ways:

·  Touch The Emotions Of The Audience: If you can bring a smile on the audience’s face, you have succeed ed in delivering the message to your audience. You should make the audience feel the emotions that you have included in your story video.

·  Animated Characters: A realistic drawing mayn't be able to do the justice to your story that a simple whiteboard cartoon can do to your story. The animated drawings can connect with every age group. In this way, you can spread your idea to larger masses.

Let The Story Do The Maximum Talking

The foremost thing for creating effective whiteboard animation is storytelling. Your storytelling should include all the necessary elements which can deliver the idea of your animation to the audience without any barrier.

Before making the drawings on the whiteboard, it is very important that you write a script that would include content with every possible detail, which would appeal to the emotions of the audience. The characters should be able to resemble the audience for connecting the audience in a better way. 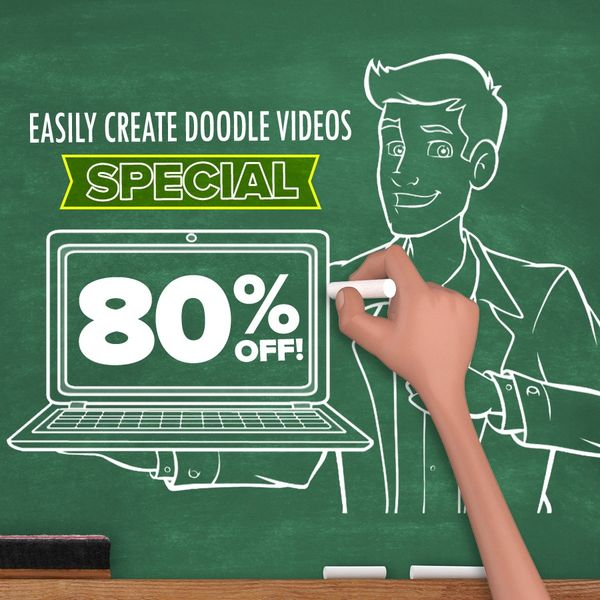 Get DoodleMaker For Just A One-Time Payment!

Get Instant Access To Doodle Maker
Thank you! Your submission has been received!
Oops! Something went wrong while submitting the form.

INDIA
"
Essence Studios did everything they said they would do and did it on time! The whole process was very easy!
Project Manager, EY
We've driven over 4,577,349 leads for clients from our Explainer Videos. Discover how we can help your business grow
Thank you! Your submission has been received!
Oops! Something went wrong while submitting the form.
1 (603) 374-7678
Ready to speak with a marketing expert? Give us a ring

Australia
"
Essence Studios did everything they said they would do and did it on time! The whole process was very easy!
Project Manager, EY
Our Clients

Get our updates first!
Thank you! Your submission has been received!
Oops! Something went wrong while submitting the form.

“What we love most about animation is, it’s a team sport, and everything we do is about pure imagination.”